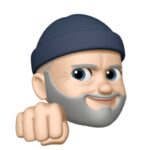 Having first been introduced to home computing by my father, and wondering what bulletin boards were all about, I got my first taste of the Internet early on via employment by a Swedish telecoms conglomerate.

I knew that e-commerce was going to be a thing. I just never realised how big a thing.

I placed my first order online a good decade before most people even got online and trusted their credit card credentials to websites. The order was for The Lightning Seeds—Jollification compact disc from a long-defunct American website called CD-NOW. I waited a month and avoided paying VAT. I think they were eventually absorbed by Amazon.

I started dabbling with web-servers soon after, struggled (and succeeded) in implementing a majordomo mailing list and, soon after, a Perl-based forum. I really had little idea what I was doing, but I was able to make it work.

A stint designing and hosting websites for Alfa Romeo, Saab and Skoda dealerships was successful before the world and his dog became web designers.

Some six years after avoiding VAT on a CD, I started my own e-commerce business at a time when the banks did not understand the Internet and were a bit frightened about what we were doing. The barriers to entry were high, but I persevered and was successful, with this, for over a decade. Now, the e-commerce are much, much lower.

Having learnt the hard way to get technology to work for me, I thought I’d share my knowledge and began writing articles and tutorials for Envato. I soon found that I had more ideas than I could write about. Some years on, I still maintain a list of things I’d like to write about.

Soon after starting writing for Envato, I became an Editor commissioning and editing content from contributors worldwide.

And, somehow, I became an accidental podcaster. I’m not entirely sure how this happened, but it was fun whilst it lasted. I almost became good at it. Not just the presenting, but the editing and mastering ready for publication to iTunes.

I’m still tinkering with the Internet as much as I can. This site is a way of bringing together some of the things that I’ve done in my time and, perhaps, a few other things I’d like to write about.